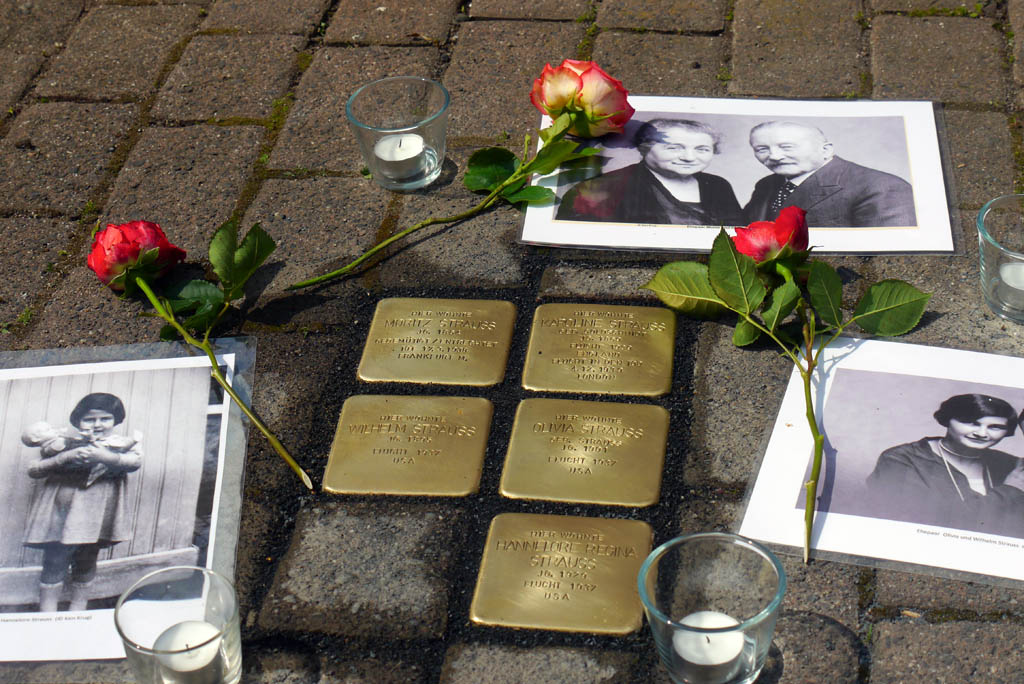 Five Stolpersteins laid the artist Gunter Demnig on July 6th, 2016 in the plaster before the former residential house of the Jewish family Strauss in the Neugasse 3 in front of the former Jewish synagoge.  They should remind of the fate of Moritz and Karoline Strauss, their son Wilhelm, their daughter in law Olivia and their daughter Hannelore, who fell pray to the national-socialist terror and were expulsed from the city. Wilhelm with his wife Olivia and their eight years old Hannelore succeded in escaping in December 1937 to the United States. Moritz and Karoline Strauss had to sell their home  in the Neugasse under Nazi pressure. Moritz became ill and died in March 1938 in the Israel hospital in Frankfurt. He is buried on the Jewish cementory in Bad Soden. Karoline fleed after the horrible events of the pogrome night on the 10. November 1938 to London, where she committed suicide at the end of 1939. 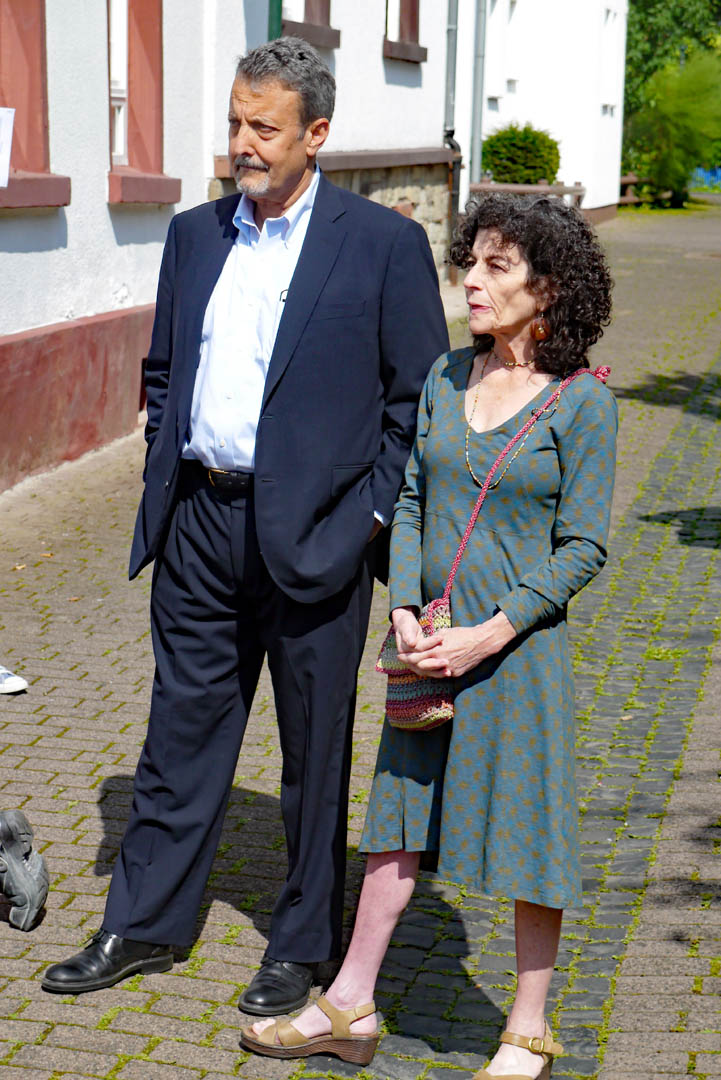 To the ceremony of laying the Stolpersteins the childeren of Hannelore, the 64 years old Ken Krug und his 62 years old sister Joanie Krug, came from California and Oregon. It were touching moments when they suddenly faced people who went with their mother in the protestant Kindergarden – the sister Ruth und Ilse Bockenheimer. Barbara Bermbach, daughter of Ruprecht Stark, whose parents were close friends to Moritz and Karoline Strauss, gave hospitality to Ken und Joanie during their stay. Ken revealed that he was deeply touched that the connection of his family to the old friends lasted so long and he was received with such a human heartiness.

About 50 people assembled for the ceremony in the old city of Soden, additionally several pupils of the Heinrich-von-Kleist school in Eschborn. The sponsors of the Stolpersteine reminded the time that family Strauss experienced in the city. How they changed their state from well-respected citizens to outlaws within the urban society. This, nobody can imagine in our current peacefull time, underlined the mayor Norbert Altenkamp. Nevertheless, he appealed more than ever, „that we as a civil society should be vigilant and counter certain currents  which are increasing nowadays“.

Marianne und Norbert Geiss, the current owners of Neugasse 3, opened their door and invited the guests for a visit in the former house of the Strauss family. The pupils from Eschborn decorated the Stolpersteins with roses and their schoolmate Lukas Birovescu set a musical course with his clarinet.

Additionally, some contributions appeared in the